In the summer, cars can become deadly hot in minutes 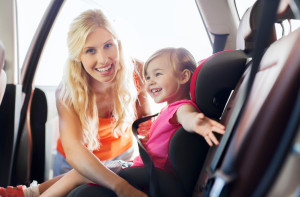 With temperatures on the rise during the summer months, children can find themselves in danger in a hurry if they’re left unattended in parked vehicles. Even with the windows cracked 2 inches, the temperature inside a vehicle can become deadly hot in just 10 minutes when the weather outside is just over 80 degrees.

That’s scary. If you have small children, never leave a child unattended in a car for any amount of time, even with the windows rolled down. The younger the child, the less able they are to regulate their body temperature. And a child’s body heats up three to five times faster than an adult’s body does.

About 87 percent of children who have died in hot cars were under the age of 3. While in a number of those cases, a parent left the child in the car briefly thinking it would be OK. In other instances, a child climbed into an unlocked car and either fell asleep or wasn’t able to get the doors open to exit the car once the temperature started to climb. When you’re at home, always lock vehicle doors to keep children from playing in your car. You may also want to consider keeping your car keys out of a child’s reach.