Put the phone down while driving (yes, that means you!) 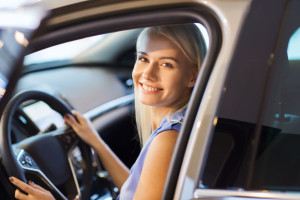 Think you can multi-task while driving and it won’t affect your risk of having a car accident? Think again. Brain researchers say it’s a terrible idea, even with a hands-free device. But just how terrible? Researchers say it’s akin to driving while legally drunk. That’s because distracted driving impacts and impairs one’s visual perception, in particular, peripheral sight. That text or phone call can wait.

It all goes back to science. We take for granted how much brain power driving requires. When we get behind the wheel we are faced with processing a significant amount of visual information, predicting the actions of other drivers and physical maneuvering. And that’s just during normal or optimal driving conditions. Add bad weather to the mix and we are forced to become even more nimble.

So what does this mean for drivers, especially green ones? If you’re a new driver, you need to turn down or off the radio and not carry on involved conversations with the people in the car with you. You need all of your brain to master the task of driving. While most people know that texting while driving is dangerous, most people don’t realize that talking on the phone while driving increases your risk of an accident. Anything that takes your mind away from driving — eating, sipping a soda or drinking coffee or applying makeup — can increase your odds of an accident.

Think hands-free devices eliminate the risk? Nope. Drivers talking on handheld or hands-free cell phones are 4X as likely to be involved in a car crash, according to the National Safety Council. In addition, the council estimates that people talking on cell phones while driving are involved in more than one-fifth of all traffic crashes nationwide.

If you are tempted to look at your phone while driving, you can try a few preventive measures. Turn your phone off or put it in airplane mode so that you won’t receive any notifications. Don’t put your life and the lives of other motorists at risk.